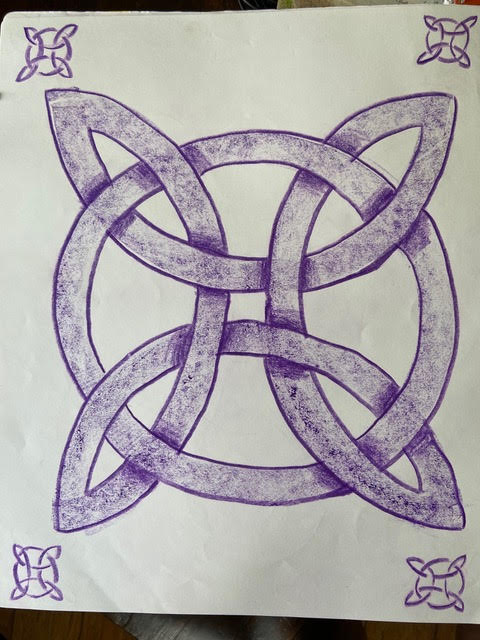 What are students learning……

This week in math the K-2 Viking Mathematicians continued to work hard. We went over the rules and expectations for Math class as a refresher for all of us.  We also talked about what they did over vacation. A present they received, a place they visited or a food that they ate. They worked on the calendar and the days in school on the place value chart. They are working on addition and subtraction 5, 10 and 20. Some are working on teen numbers , using hide zero cards and some are working on adding and subtracting to 100. The kindergarten group listened to a story called Lemonade in Winter and they learned a little about coins and their values. They thought that selling lemonade in winter was a silly idea.

In Pre-K this week, we learned about what sounds the letter ‘C’ makes and practiced writing it. We also played a new game, Alphabet Bingo which was lots of fun!We are learning about the number 6 and writing that too although it is very tricky! We have been talking about the difference between letter and numbers and also played some fun games such as Go Fish, Old Maid and Memory.

3-4 ELA  Students have started a unit on how children in various parts of the world gain access to book through mobile libraries.  We read Biblioburro, a book based on a true story of a man in Columbia who delivers library books to children in the countryside using his two burros.  We are also reading the book My Librarian is a Camel which dedicates a page to different countries describing their mobile libraries.  Students have continued the study of grammar and mechanics through daily language arts mini-lessons.

5-6 ELA  Students are beginning their study of Gilgamesh, which is the oldest written story discovered up to this time.  It was written in cuneiform on clay tablets, discovered in pieces by archeologists, and eventually translated into modern languages.

7-8 ELA  Students did some peer reviews of each others’ latest expository essays to get in the habit of asking others’ input prior to submitting a piece for scoring by a teacher.  We have begun our study of the real Alexander Hamilton  prior to studying the musical version. We will be learning about the differences between fact, perception, opinion, and artistic license.   In doing this, we will be reading excerpts from Ron Chernow’s biography, Alexander Hamilton.

In kindergarten literacy this week, we practiced reading together a level B book called “My Garden”. This is a patterned book, where one word changes on each page. We cut up and mixed all the words and had each student practice rearranging the words and reading the completed sentences.

In first grade literacy this week, we read a book called “The Good Dog”. I wrote out a few of the sentences and cut each word out, mixed them up, and had each student practice putting the sentences back together. This helps with some of the sight word recognition, and with focusing on the letters in the words to decide which word needs to come next.

In second grade literacy this week, we continued practicing writing and reading words with the silent E pattern.

In science and social studies, we learned about how people have used windmills and how we use wind turbines to create electricity. We followed this up by making our own pinwheels and exploring how much wind (breath) they need to spin. 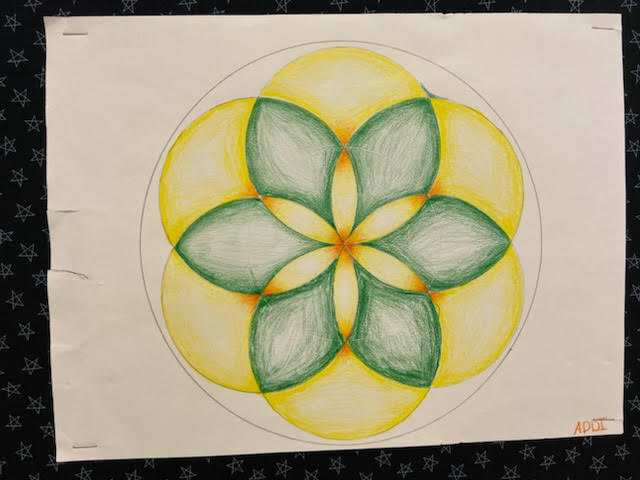 Singing   Due to the 2 hour delay on Thursday, I did not see all of the classes for Singing, but I did begin to introduce our Winter ’23 setlist of songs to the students I did see.  There will be an array of minor balladry, rounded harmonies, and imagery of the coldest, darkest time of year.

Library   We began the new year with the introduction of a community volunteer who will be with us on Library Fridays…welcome Barbie Dow!!  She will be helping out with keep our library organized and also reading to the children here and there.

PK-2  “Over and Under the Snow” by Messier

PK/K painted a laser cut wooden letter of their first name initial.  The letters were donated to the school.

1/2 is exploring a series of Form Drawings to bolster skill in composition and relationship of lines, shapes, and 2D movements upon the page.

3rd grade math –  We started the year reviewing multi digit addition and have moved into finishing up multi digit subtraction.  It had been a while since they worked subtracting with regrouping so there was a bit of confusion at first, but it is coming back to them quickly.  They were assessed on m.  We aulti digit addition.

4th grade math – We started a new unit of decimals and we looked at exactly what a decimal means and how it compares to fractions.  They learned to look at a model and write the fraction and decimal the model represents.  They were assessed on this skill.  They learned the decimal place up to hundredths.

5th and 6th grade math – We started the year reviewing multi digit multiplication, which we will continue to practice.  We also started with multi digit division.  If you see the work your child is doing it will probably look very different then when you were taught.  I promise, I will be teaching the traditional algorithm, but the method we are learning now, partial quotient, is helping them to understand conceptually what is going on.  Most of us either struggled or saw friends really struggling with long division when we learned it.  My hope is to avoid that.  The students were assessed on the early stages of partial quotient division.  They also have been working on multiplication facts at home.  They should be studying the facts at least an hour a week, preferably in 15 minute each night.

7th grade math – Students started a new unit on expressions and equations.  They are also continuing their work with adding, subtracting, multiplying and dividing negative numbers.

8th grade math – We took time at the beginning of the week to go over the test we took before vacation on linear relationships and review our errors.  They took a second test to show their mastery.  We then started a new unit on linear equations and linear systems.

Algebra – The students who were out before break were able to finish the test on inequalities and equations.  We then started a new unit on two way variables.

Happy New Year! K-2 Students were happy to be back at school with friends and to welcome Mrs. Baird back! We discovered one of the gifts our guest teacher Mrs. E. left with our classroom: a poem about January, by Maurice Sendak! Of course there were some laughs and concerns about the safety of sipping chicken soup with rice, while slipping and sliding on the ice! K-2 writers shared their hopes and goals for 2023 by writing them down and posting on our bulletin board in the hallway. The Kindergarten meteorologists continue to track weather conditions, including the outside temperature and the “real feel” / chill; we are noticing that the temperature upon arrival is typically colder than at 10:00 when we go outside for our morning recess. We have outside recess when the “real feel” temperature is 19 degrees, and stay inside on days when it is colder than 19. On Friday we had a surprise visit from a new Brooklin resident- Deputy Kyle from the Hancock County Sheriff Department; after his visit, students made cards and wrote letters of thanks for his visit, answering questions and for letting us turn on the lights (and siren) in his car.

PK and K students were super happy to be back at school and excited to share how their families celebrated the holidays. We celebrated a new year with new “write the room” activities, card games: Go Fish, Old Maid, Memory and Crazy 8’s, and reciting a new poem about Five Little Snowmen. We have entered the SNOW GEAR SEASON! We will be practicing inside-outing sleeves of coats, legs of snow pants and helping others put on mittens, zip and tuck. We will be working to sequence how to dress for the weather… snow pants BEFORE boots, attempt to ZIP your coat before putting on mittens, etc. Please send your child with boots, snow pants, boots, mittens and coat; we have some extra gear on hand in the classroom, and there are some warm clothes and winter gear in the front lobby. We go outside everyday, unless the real feel/ chill is lower than 19 degrees or during excessive rain/wind events.

Pre-K Have been exploring their senses by detecting sound when blindfolded and learning directions.

1-2  Have been exploring their senses by detecting sound when blindfolded and learning stage directions.

3-4 learning stage placement and directions through fun games as well as way to support each other in our creative endeavors.

5-6 learning stage placement and directions through fun games as well as way to support each other in our creative endeavors.

7-8 3rd period class has been brainstorming what kind of performances speaks to them and what medium they prefer. They have also been working on teambuilding and stage directions.

8th grade first period class has started working with Joshua McCarey with Thread Bare Theater.  We have been exploring the plot of Macbeth.

This week, the students learned about the endocrine system, including how different glands in our bodies produce hormones that prompt various target cells to complete certain tasks, like growing, sleeping, and processing nutrients. They then played “Pin the Gland on the Body” to review where these glands can be found! In boatbuilding, they applied trim boards around the top of the boat in preparation for removing it from the molds next week and finally flipping it upright.

This week, the students examined different types of household tools, like a pizza cutter, hole puncher, stapler, and screwdriver, to find out how simple machines make it easier to do things. They also practiced using the new Sphero Bolt robots in preparation for using them to explore these simple machines further. During Forest Day, they spent time with their Nature Journals recording observations that are unique to the month of January.

This week, each student did research on their assigned Native American tribe. They will be using this information next week to discover how different types of geography and climate influence things like housing, art, and food. During Forest Day, they spent time with their Nature Journals recording observations that are unique to the month of January.

There are no upcoming events.