What are Students Learning?

We have begun checking the weather station for real time weather information, most importantly: what is the windchill temperature? This week our weather person for morning meetings is Will; each day he will check the temperature and make a prediction about inside or outside recess… and then at 10:00 he will check the weather station again to check his prediction.
We learned about Groundhog’s Day, and are looking forward to finding out if the groundhog will see his shadow or not, and what that will mean for the rest of our winter.
Thank you to all the grown ups who make sure that students have everything they need to have fun outside at school!
This week in first grade literacy, we worked on the sounds -sh, -th, and -ck in words to manipulate and spell. For example, we began with the word shin, changed it to say thin, then thick. We finished our unit on museums in kindergarten and first grade and practiced the sounds /g/, /o/, and /s/. We prepared for the snowstorm by talking about snowmen, reading a book about snowmen, and learning that the record of the tallest snowman was actually in Bethel, Maine! We watched a video on how they made it, and it was very interesting! In writing, we talked about and practiced periods, exclamation points, and question marks.
This week in Math the first grade worked on equations with unknowns in relation to story problems. They also had a guest  , Mrs. Tapley, who played a game with them. They were introduced to a few new games , like splat an addition and subtraction game and a math game with UNO cards. They also tried out a new online game called 99math, where they practiced their math facts . The kindergarten played a game called Less, More or equal. They have a target number and have to show how the next number given compares by using their body . Smaller your body gets small , more you make your body bigger by stretching or equal your arms make an equal sign. 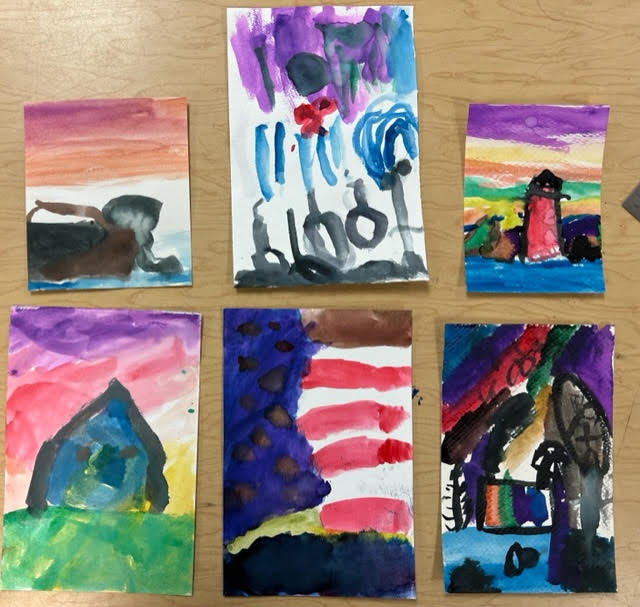 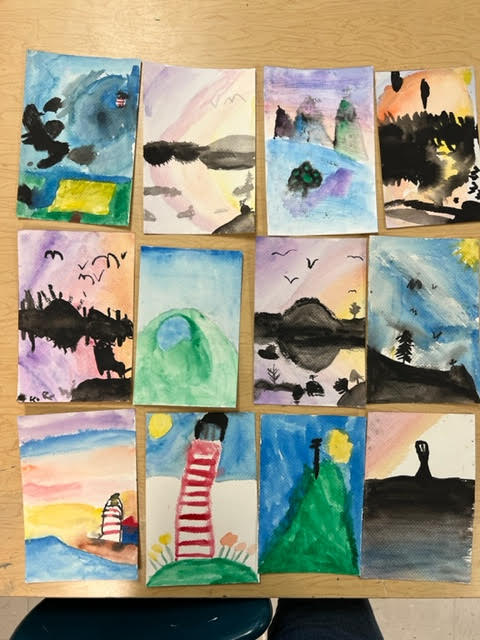 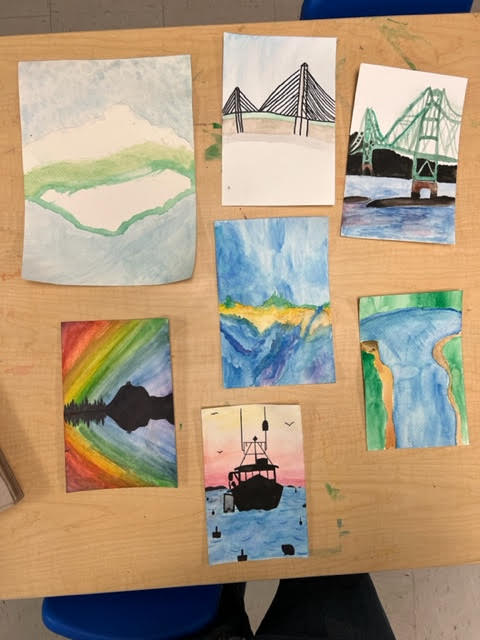 6-8 Super Studies
We did the first half of Slime Week, where every day the class makes a new slime that demonstrates a chemistry concept! We’re spreading it out over two weeks to work around other projects, delayed school days, and absences. This week’s slimes included a non-Newtonian fluid and an edible slime that demonstrates a chemical reaction – instant pudding. The students have also been working on their video projects to demonstrate chemistry concepts.
4/5 Super Studies
The students presented what they learned about different space missions in our solar system, and we watched video and/or computer-animated video footage of the missions and what we have learned from them. The class also began learning about what stars are made of and how they form.
2/3 Super Studies
The class finished their unit about how water shapes the earth’s surface. They modeled how a canyon forms by pouring water over sand and making rivers that carry the sand away. They also studied maps and came up with explanations for how and where rivers begin and end.

There are no upcoming events.